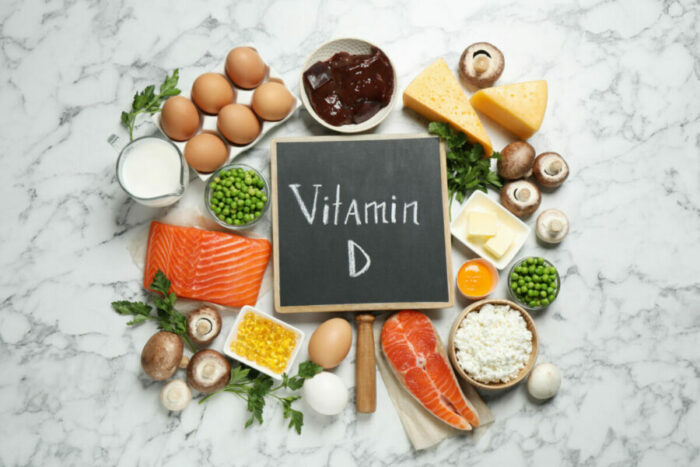 Vitamin D and the immune system

This article was written by Rafailia Vogiatzis, a student in our Nutrition Diagnostics program.

Watch out friends, winter is coming up! This means cold and flu season is creeping up on us. Our immune system is vital in stopping those pesky viruses, colds, or infections from taking over and causing us to get sick. Think of it like this, our immunity can be described as little cell armies (white blood cells) that run around our body and train for “battle”. That battle happens when a virus or bacteria enter the body, and the cell armies attack it before it can cause damage. What can we do to help our immunity stay strong? The answer is simple, vitamin D.

Vitamin D, also commonly called “The Sunshine Vitamin” is a fat-soluble nutrient as well as a hormone that works to help the body fight off diseases, viruses, infections, and reduce inflammation). Vitamin D does this by boosting production of anti-inflammatory and antimicrobial proteins. These proteins are a key part of our innate immunity. Vitamin D increases their function by turning off the inflammatory effects that our white blood cells create when they are fighting against bacteria and viruses.

However, deficiency of Vitamin D is quickly becoming an epidemic across the United States due to inadequate exposure to sunlight and lack of intake. Vitamin D is produced when the 7-dehydrocholesterol, a hormone in our skin, is exposed to the sun, or when a person gets adequate intake levels of Vitamin D from animal and plant sources. People tend to become vitamin D deficient during the winter months because they do not get enough sun exposure to create enough vitamin D for their body Fifteen to twenty minutes of sun exposure can help decrease someone’s risk of becoming vitamin D deficient by producing 250 µg of vitamin D (or 10,000 IUs). The RDA for men and women is 600 IU/day.

In order to win the battle against cold and flu season, focus on increasing foods that are high in vitamin D, and try to get 15-20 minutes exposure to the sun’s rays each day. Stay warm, healthy and full of vitamin D this coming winter season!